You’re a software developer, engineer or programmer, and hopefully love what you do (most of the time)

There are bound to be days for most developers however, when your gears get ground into fine dust, and the cry of “I hate programming” can be heard echoing round the Dev team room

Don’t feel that you have to suffer your anguish alone

We’ve created the Top 10 Developer Hates after much research with a variety of Dev teams and these irritations should resonate with most of you whatever level you’re at or language that you code in.

This may be preparing you for a good old moan, but there should be value in enlightening the wider world as to what winds you up, and increasing the likelihood of your clients and co-workers being more considerate in future

The software project has been planned and agreed and the core work has been finished.  You’re proud of what you’ve achieved and are inwardly celebrating success

What your customer thought they wanted months ago seems to have suddenly changed.  The most important feature is no longer necessary and they’ve got some brilliant new ideas that they’d like you to incorporate.  Their ideas mean that you will have to completely reconfigure everything that you’ve done up until this point.  To make matters worse – they’re rather vague on the changes that they actually want n ow.

Not every project is like this fortunately, but the majority have an element of additional requirements resulting in further development time, resources, a wave of dread and a lack of closure 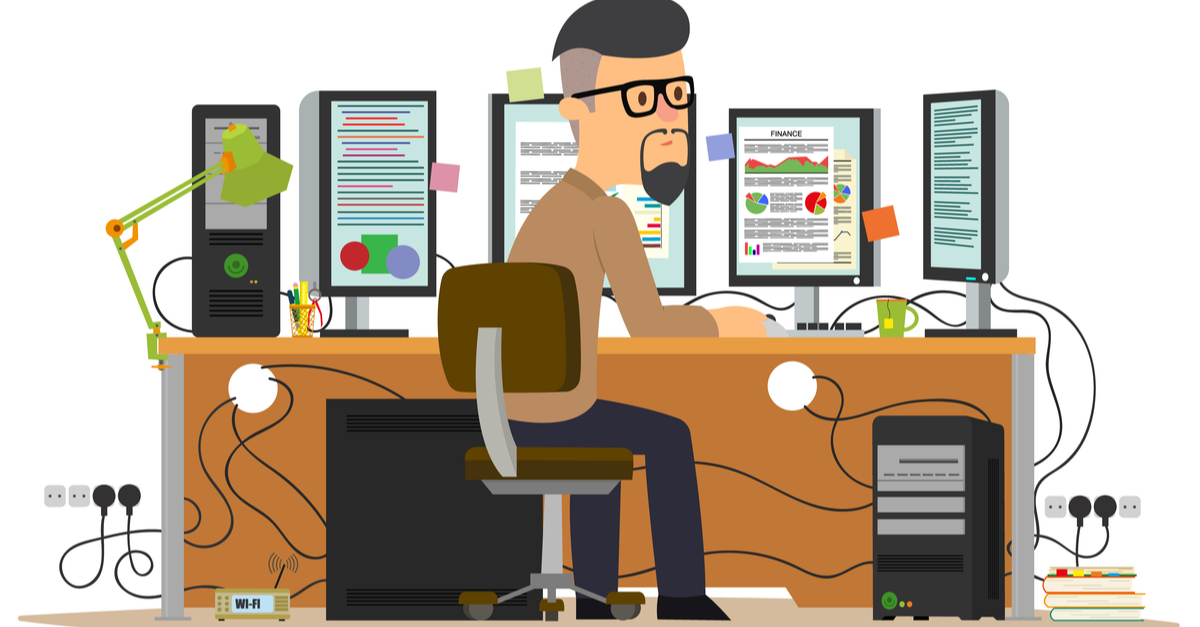 You’re in the zone – you can picture the perfect solution to a problem you’re working on when – bam! It’s all lost

You can create a curtly worded notice on the Dev team door which explains why you don’t want to be interrupted, but try to gently educate your customers as to why you hate interruptions so much – a bit of understanding may make them think twice before interrupting you and ease your pain

Meetings get in the way of coding and make your deadlines even tighter.  They’re just as hated as interruptions and could even include a whole gathering of your favourite interrupters in one place

To make matters worse - a high proportion of meetings are often unnecessary and could be dealt with via email at a time that doesn’t interrupt your flow.  They can be inefficient, dragging on with new topics being added unneccessarily, often with a lack of agenda, and controlled by those with the loudest voices - meaning that you might not even get a chance to participate

As a developer or programmer you will undoubtedly be working with other people’s code from time to time.  The code may vary from that written by programming gods where you can learn from their experience - to lines of drivel written by newbies or lazy programmers where you will have to completely rewrite the offending code

You might just have your own style and want to stick with it.  Other people breaking your code can be just as annoying too

. . . . please try not to get your sharp knives and the address book ready

You can’t have your documentation cake and eat it though.  Try to be the better developer who writes to help others and spends time making clear useful instructions.  Or better still – work with an end user or someone who will write it for you

Or even not writing enough code!

As a software developer or programmer you will inevitably sometimes get work you don’t enjoy.

If it’s that repetitive – look towards automating it.  Or find someone who enjoys the tasks you hate,  stick your headphones on or try to find some joy in it.  Sometimes a bit of brain relief before you gear up for something more challenging can be useful?

You may find yourself constantly debugging – looking for that needle in a haystack and being driven to distraction - compounded by the pressure to solve it asap or spend the whole night trying.  It can feel like a pretty low point but don’t give up – ask your team to have a look too – sometimes a new set of eyes can spot something or provide a different solution

7. They have no idea what I actually do

‘something to do with computers’ – My Mum

You and your team may understand the difference between different IT roles and languages but your family, friends and distant co-workers will probably never grasp more than the basics

Accept this now (or be prepared to hand out laminated mini descriptive/pictorial Org charts with yourself coloured in).  At the very least it will distract those who want you to fix their printer

8. Know it all bosses

Developers hate too much management and the wrong type of management

A conscientious developer will want to follow the rules of clean code and create high quality software.  The overarching decisions however may come from someone who only cares about the end result, and not the maintenance or ongoing performance which can be frustrating

Unfortunately the characters in Dilbert often still ring true and the know it all boss is all too common.  IT departments can often be led astray by bosses who think they’re experts, and who may have been once, but are now too removed from the floor to make the right decisions.  Management in itself is important for a Dev team because without structure, a common purpose, someone who can manage customer expectations and negotiate on behalf of the team, life as a developer may be an uphill struggle

The wrong boss can be truly damaging and result in the wrong technology choices, a focus on the wrong solutions, unsuitable hires, poor morale, poor task prioritisation, unrealistic expectations and may even blame developers when it all goes wrong – the list goes on . . .

Equally, the rush to adopt new languages or frameworks to fix old issues can be frustrating too.  You may have spent years becoming expert in your technology to suddenly find it side-lined whilst something more fashionable takes it place.  Now you’ve got to learn something new or be left behind, and the level of work trying to update your current application can drive you to distraction

In contrast, a bad tester is a royal pain in the proverbials - creating unnecessary drama whilst even maybe missing the most important issues.  A lack of knowledge can create more problems than needed fixing in the first place

Hopefully you still love your job

The job of a developer, software engineer, coder, programmer – whatever we’re calling it this decade - is undeniably a great one

The niggles in this list are common, but hopefully won’t put you off.  If you’ve got a great team around you, a boss who knows their stuff and you get to write what you want to write occasionally, then you should be happy most of the time

Explores key client based in Central London are actively hiring for a proactive Web tester to join their cutting edge team to test experimental technology systems. They are ideally looking for a strong tester with Stakeholder management experience to take full ownership of their product working...

Explores key London based Client are actively hiring for a proactive Web tester to join their cutting edge team to test experimental technology systems. They are ideally looking for a strong tester with Stakeholder management experience to take full ownership of their product working closely with...

Senior Java Developer - KEY PRODUCT DEVELOPMENT 60-80k - Central London I am currently hiring for a marketing business who have developed products that has proven to be extremely robust during what is proving to be a tough time for so many this year. Due to rapid business growth, they are now...