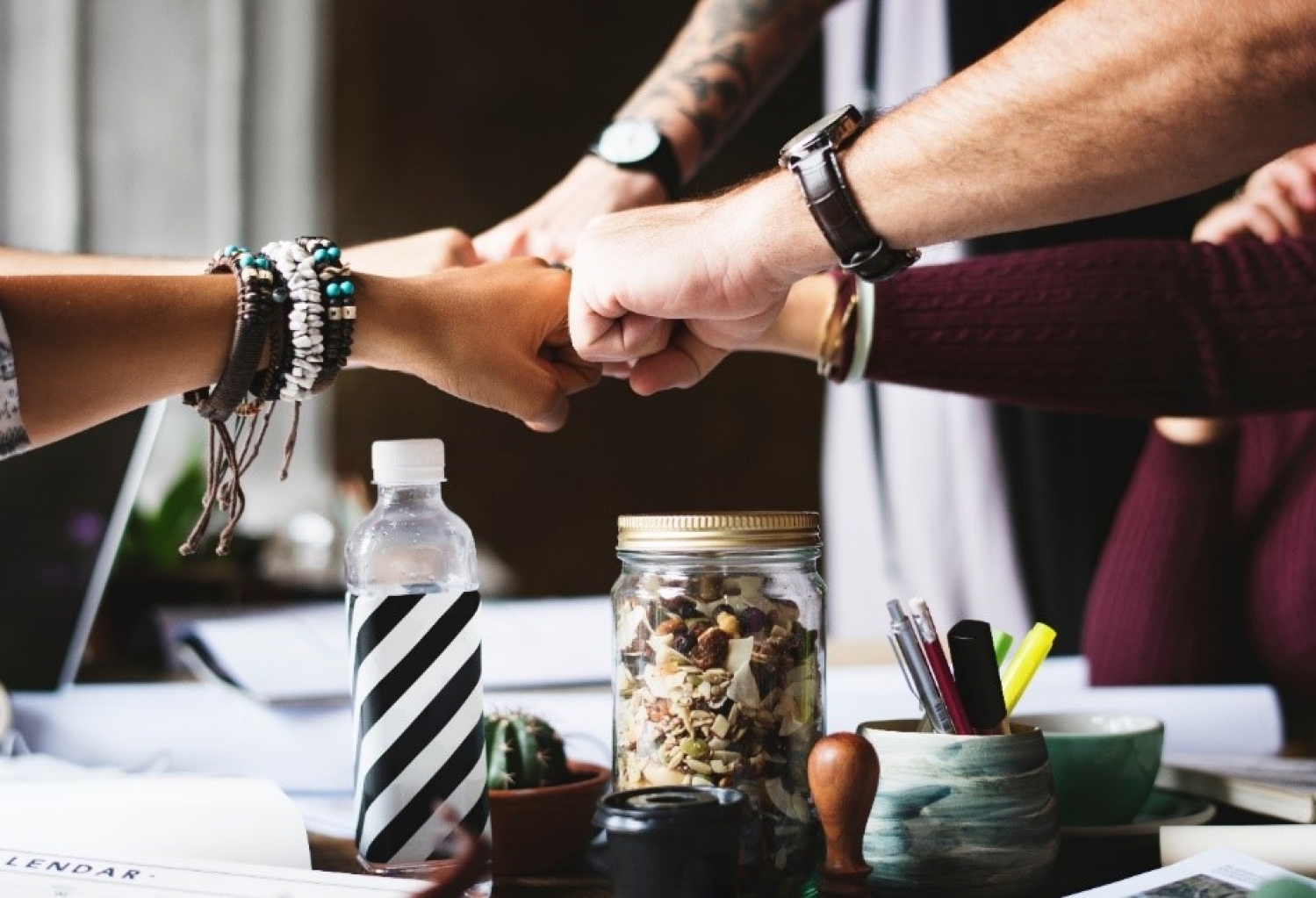 The world is in a colossal period of change, socially, technically and politically. We are could also be approaching the end of the digital revolution and moving towards an era where we are beginning to realise that digital overload is actually detrimental to us and we need to make our experience much more human and manageable.

Throughout all of the current chaos, there are some encouraging glimmerings of hope and one of these is the Open Source Software movement which hints at the prospect of a society that is much more community driven and equal. A world increasingly building value from volunteer communities seems appealing although let’s not forget that the hippies and communists started off in a similar vein and never quite got it to work in the way they hoped.

Open Source Software has been an immense success on many fronts and now makes up 80-90% of the code in modern software applications (Forrester) and powers many of the world’s largest brands. It is used within mission critical IT work by over 90% of IT organisations worldwide (although they aren’t always aware of this) and 98% of developers use OS tools (even when they’re not meant to) (Gitlab).

Typically, Open Source refers to software with source code that anyone can inspect, modify, and enhance, and the term is commonly connected to the software industry only.  However, the term "open source" can be applied to society in general as something people can modify and share because it’s design is publicly accessible.

The Tech industry is certainly leading the Open Source revolution, but other industries are starting to dip their toes in as they realise the huge benefits it can bring.  It is heralding in a more enlightened, social way of working where Open Source is truly ‘open’ for everyone, and that even includes corporates. The Open Source community of developers includes public and private companies and individuals wherever they may be, whatever they may look like and whatever their beliefs are. It is truly diverse and inclusive and supports the philosophy of social enterprise. Could it be that us Geeks could lead the way to a fairer world? Or is just our unique Hacker culture that has created this? Maybe change like this only occurs naturally and is impossible to deliberately create? The Open Source philosophy is based on the exchange of knowledge and ideas being free and this concept is equally important for society. A case of ‘doing business to do good’ rather than just keeping shareholders happy. In the case of Open Source software, it has managed to create real business models that outperform the interests of big business and break down the divide between producers and consumers, replacing it with community co-operation. The producers, in this case, are the huge number of developers producing and owning the code, who can also fix and improve the code and get credit for it. But this doesn’t have to stop at software development. Networking and renewed belief in community, environmental concerns and moving away from top heavy corporations to ideas based on openness, sharing and peer collaboration is becoming more prevalent.

From a software point of view the more people who can find bugs and fix them, the better the software becomes. A company with a limited set of developers never has the same scope to perfect their software and often can’t fix bugs immediately. The issue of market failure can also be negated as developers and innovators will work together to ensure the software still works whereas a software house may not have any developers left to actually do the work in times of crisis. The advantages of safety and security with OS Software can be equally valid in other industries too e.g. the Pharmaceutical industry where significant numbers being involved in identifying, testing and distributing new drugs is vital

The more people involved in innovation and creating upgrades or enhancements to a product or service, the better. OS Software gets close to what the users want because the users are involved in making it that way. The product isn’t just dictated by the leaders of a company and therefore should be superior in quality because of the expertise involved. This OS advantage should easily ring true in other communities.

The big corporations are finally catching onto the fact that collaboration can be a key competitive advantage and that the ‘spirit’ of community has often driven successful collaboration. Open Source communities are a prime example of collaboration where software can be created and customised for all resulting in increased usage at very low cost. It also facilitates easy globalisation through being compatible with other platforms and meeting open standards better than proprietary software. Collaboration is is inherent in OS from development to working with other businesses and users.

Open Source software can be tweaked to suit a user’s needs and therefore can suit all. It provides continual improvement for the common good rather than continual patches and upgrades just to keep proprietary software running, plus you can decide when you want to upgrade and what you want to integrate with to suit the needs of the business. This customisation could certainly benefit the healthcare industry – how about personalised treatments that lead to fewer side effects and increased effectiveness?

Businesses can free themselves from vendor lock-in where it can be hard to control product costs, usage, changes and development (we’ve all probably suffered from legacy systems at some point). The list of restrictions from proprietary software providers can often prohibit a business functioning and innovating effectively and the software industry is certainly not the only industry that has had overly powerful vendors. If developers want to adapt a feature or simplify a process, they have the freedom to do so with Open Source and a worldwide community of developers to help them without relying on the software vendor to make the change

You can inspect the open source code and see for yourself exactly what it does, verifying whether or not it's secure and introducing fixes and improvements if necessary. You don’t have to take the word of the software supplier and can be much more confident

Support from your community

Open Source software tends to be free (admittedly there can be inexpensive add-ons) and so is the support you have from the community who are likely to be much more useful than a helpdesk. You can often pay for support too but at least it is likely to be of a decent quality as it is a key revenue stream.

Low cost or no cost

You can often get better quality with Open Source software for little or no cost rather than committing yourself to the typically ongoing list of additional costs tied into proprietary software. It will cost you nothing to try Open Source software partly because much of it is free anyway. Therefore you have no commitment to something that won’t work.

Open Source software evolves faster because bugs are identified and fixed faster with more people involved leading to better innovation and more suitable software. Surely there is no industry that wouldn’t benefit from this advantage?

Many companies have been worried about committing to using Open Source products fearing that the quality and reliability may not be acceptable. Those times have changed now and even the EU and US governments use OS. Many OS projects are now developed by the largest tech companies in the world and backed by major VC investors. They have learnt how to successfully monetise their software and support it appropriately.

With all of these advantages to OS Software, it’s now becoming hard to find any core technology that anybody really owns anymore. Much of the value has been created through using communal effort and that same value can be used for proprietary purposes. It must be noted that not everything Open Source is plain sailing however and a mixture of proprietary and Open Source could be advisable for many companies depending on their hardware

We must develop other viable business models that can use the collaborative communities that not only deliver free services but outperform the greedy and exploitative systems that we are often used to.

Where could Open Source thinking take us? What about tackling Climate change through renewable energy? Tesla have made their patents Open Source now. Pharma or healthcare? There is a network trying to tackle Malaria, a United Genomes Proejct and a pharmaceutical Open Source movement under way. Food? The Openfoodnetwork is attempting to create fair and sustainable food systems globally. Manufacturing? ‘Quirky’ crowdsources product ideas to be manufactured with profit returning to the developers involved

Every industry will have to learn how to unlock the value that can be added through communal effort from the tech industry. The future may have to be made of proprietary business built on top of communal technologies. Could this be the new way of working that we’ve needed? Team work where the bigger team is all important, where everyone has a say and there is more of a flat hierarchy, where your value is based on what you contribute and there is a true meritocracy? Where there is no real threat to corporations as it can be combined with other systems, where everyone is happy and there is good for all

It certainly shows the power of the people in a positive and successful way and the tech community has a lot that it can show business and society achieveable at a very low cost and affordable for all. The individuals running the system are motivated to develop solutions within the community creating a ‘gift economy’ rather than for financial gain.