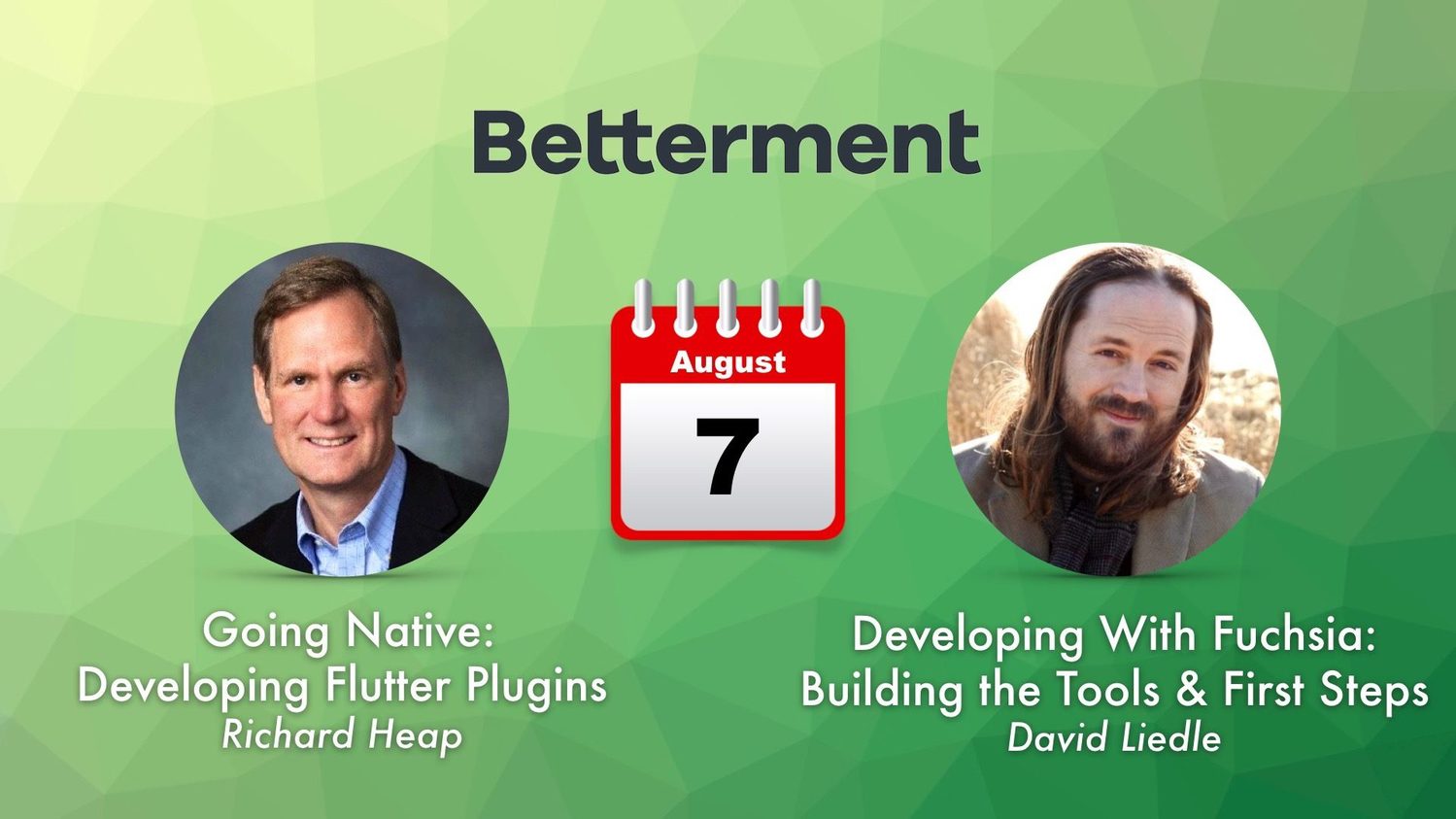 Sooner or later you will need something that cannot be done entirely in Flutter and need to interact with iOS and Android natively using a plugin. Luckily there are already plenty available on pub.dev, but you may need to modify an existing one or even code one from scratch to satisfy your requirement. A plugin is similar to a Dart package but adds some Kotlin and Swift code, plus a sample Flutter app to demonstrate its features. We’ll cover creating the plugin, opening the project in Android Studio and Xcode, defining the Dart-Native interface, and implementing each end.

Richard Heap co-founded Software Hothouse, which specialises in VoIP recording applications, in 2003. There, he developed the ever-successful Avaya Contact Recorder, which has used Dart in its web UI since 2015. He recently co-founded JustSpeak – a start-up making it easier to use your mobile device as your work phone. He is frequently found answering Flutter questions on Stack Overflow.

Fuchsia is Google's mysterious new open-source operating system that is designed to run on a wide range of devices from phones to desktops to IOT, using Flutter as the official UI toolkit! David will walk through the steps he took to compile and run this exciting new platform, and show a real Flutter app running on Fuchsia! He will provide his observations and share some resources for developers to begin preparing for this exciting new platform.

David Liedle has been obsessed with code since 1988. He's been a professional Developer since 1998, and has worked on teams of all sizes from his own studio to startups to Fortune 500 companies. In recent years, his focus on Developer Relations has taken him around the world where he speaks, codes, and writes about best practices in development. He is presently the CEO of DevRelopers.io, a DevRel agency based in NYC.