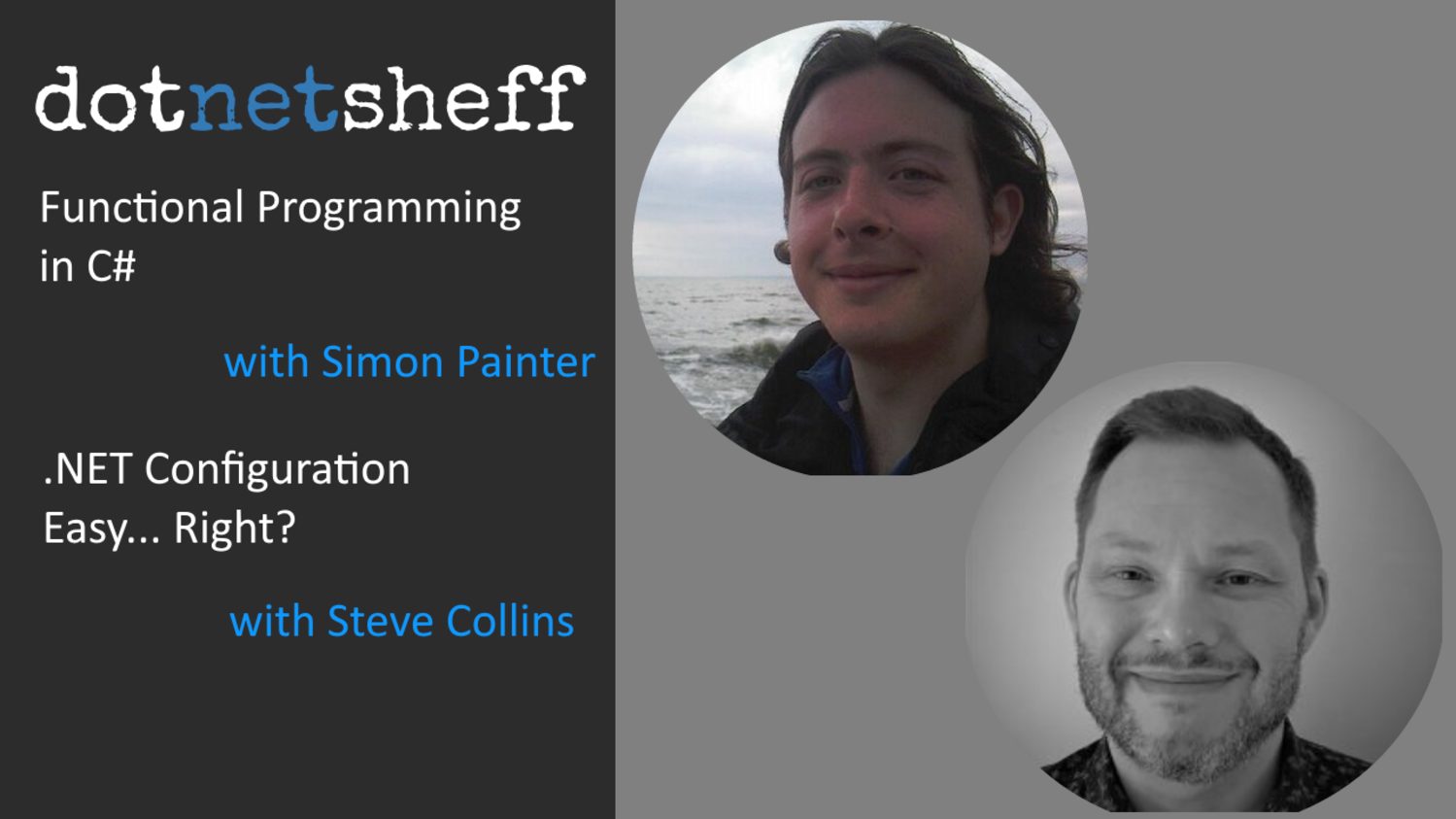 This event will be split into two parts, Simon Painter presenting Functional Programming in C# and the second half will be Steve Collins presenting .NET Configuration Easy ... Right?.

Most .NET developers are familiar with the use of Linq, and basic constructs such as IEnumerable, Func delegates, arrow functions, and ternary expressions - but did you know that you can use all of this to implement some of the most powerful patterns and techniques from the world of functional programming?

This talk will demonstrate how, using only familiar features available in out-of-the-box C#, to write Functional code that is:

As well as these benefits, Functional code is a great enabler for the use of concurrency with Async functions and Serverless applications with technologies such as Azure Functions.