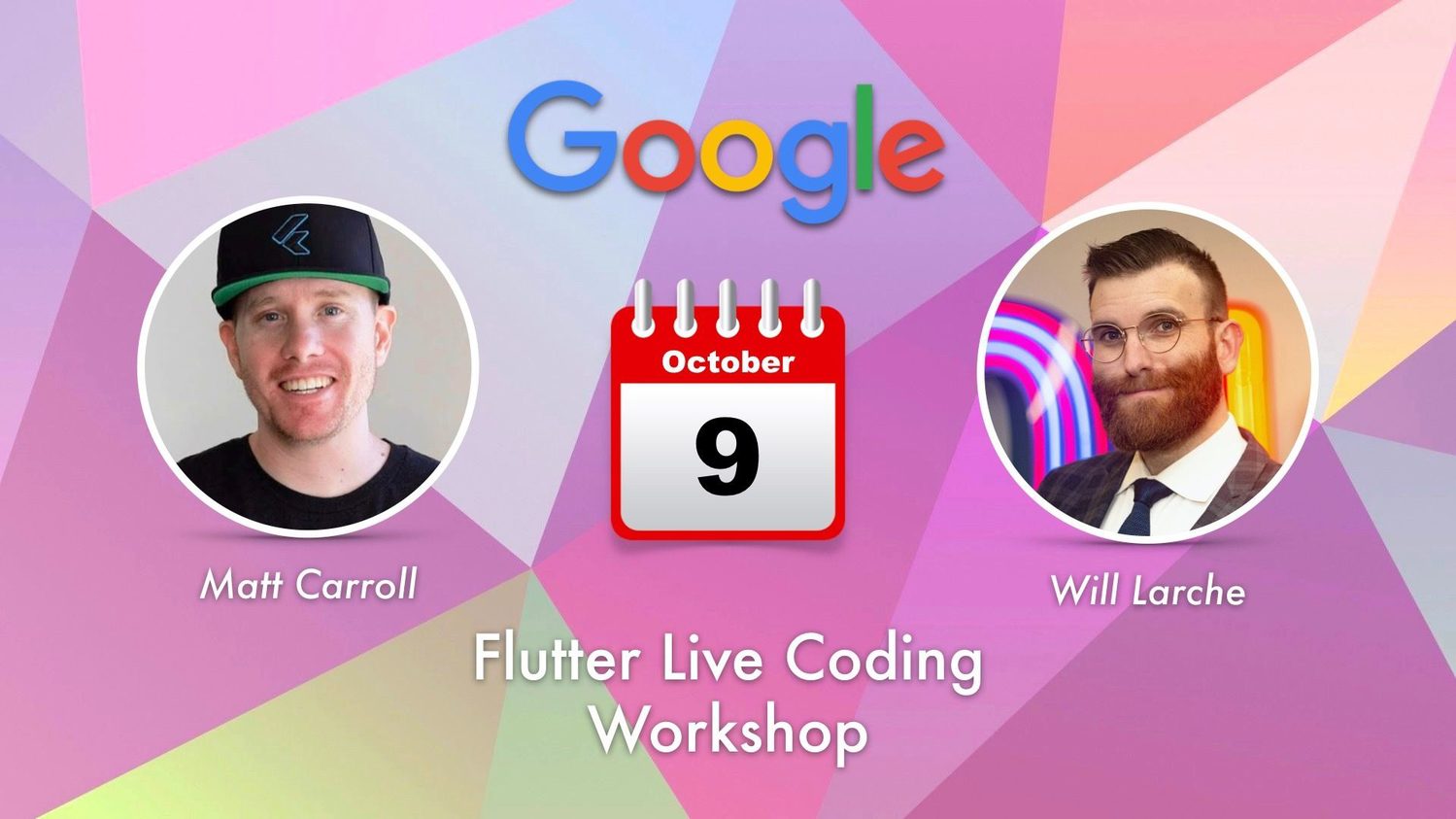 Live Coding Workshop
Join Matt and Will as they attempt to create a new Flutter UI, live! Flutter is a UI toolkit that makes it fast and fun to create beautiful and performant user experiences. Come watch as Matt and Will attempt to go from a blank canvas to finished result in only an hour. Bring your laptop to follow along!

Matt Carroll works on the Flutter framework and Flutter’s Android embedding. Previously, Matt worked on Nest’s flagship Android app. Prior to Google, Matt worked as a contract app developer. Matt earned a Masters degree in Digital Art & Science from the University of Florida. Before his Masters, Matt earned bachelor’s degrees in both Computer Science and Mathematics from the University of Florida, as well.

Will Larche is the Flutter engineering lead for Material Design at Google in NYC. He has also been an iOS engineer on Material Components, the official Google I/O app for iOS, and the Material Motion framework for animation and interactive motion. Before Google, he was the Chief Product Officer of a fashion-tech startup and has he led mobile engineering and product at multiple startups.

Food and drink will be served, courtesy of Google.