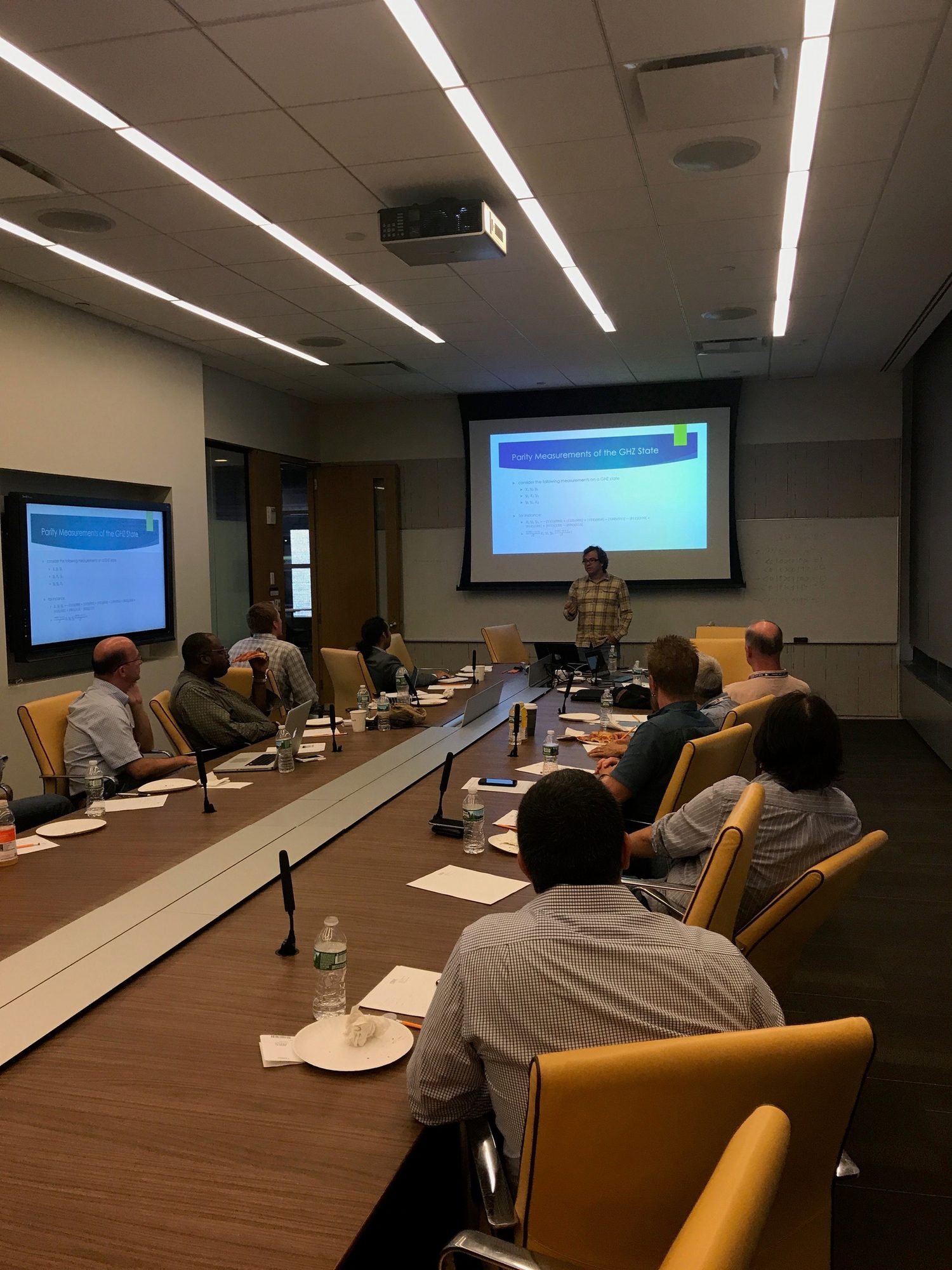 Abstract: The surprising and unique properties of quantum systems at
atomic scales can be to used to create novel computers that may be much faster than conventional computers. Quantum computers, such as those now being built by IBM, Microsoft, Google, Intel, D-Wave, Regetti, Ion-Q, Quantum Circuits and other companies, use very different hardware and software than conventional computers. This talk with provide a (hopefully understandable) introduction to quantum hardware qubits, the mathematics of 1 and 2 qubit gates, and quantum algorithms and their applications.

Bio: Professor at City University of New York at Queens College and the Graduate Center and Adjunct Senior Research Scholar at Columbia University. Research studies on measurements and mathematical models of nonlinear complex systems in physics, biology, and social sciences. Previously, Interim Director of the Center for Complex Systems and Brain Sciences at Florida Atlantic University and Dean of the Division of Mathematics and Natural Sciences at Queens College, City University of New York.