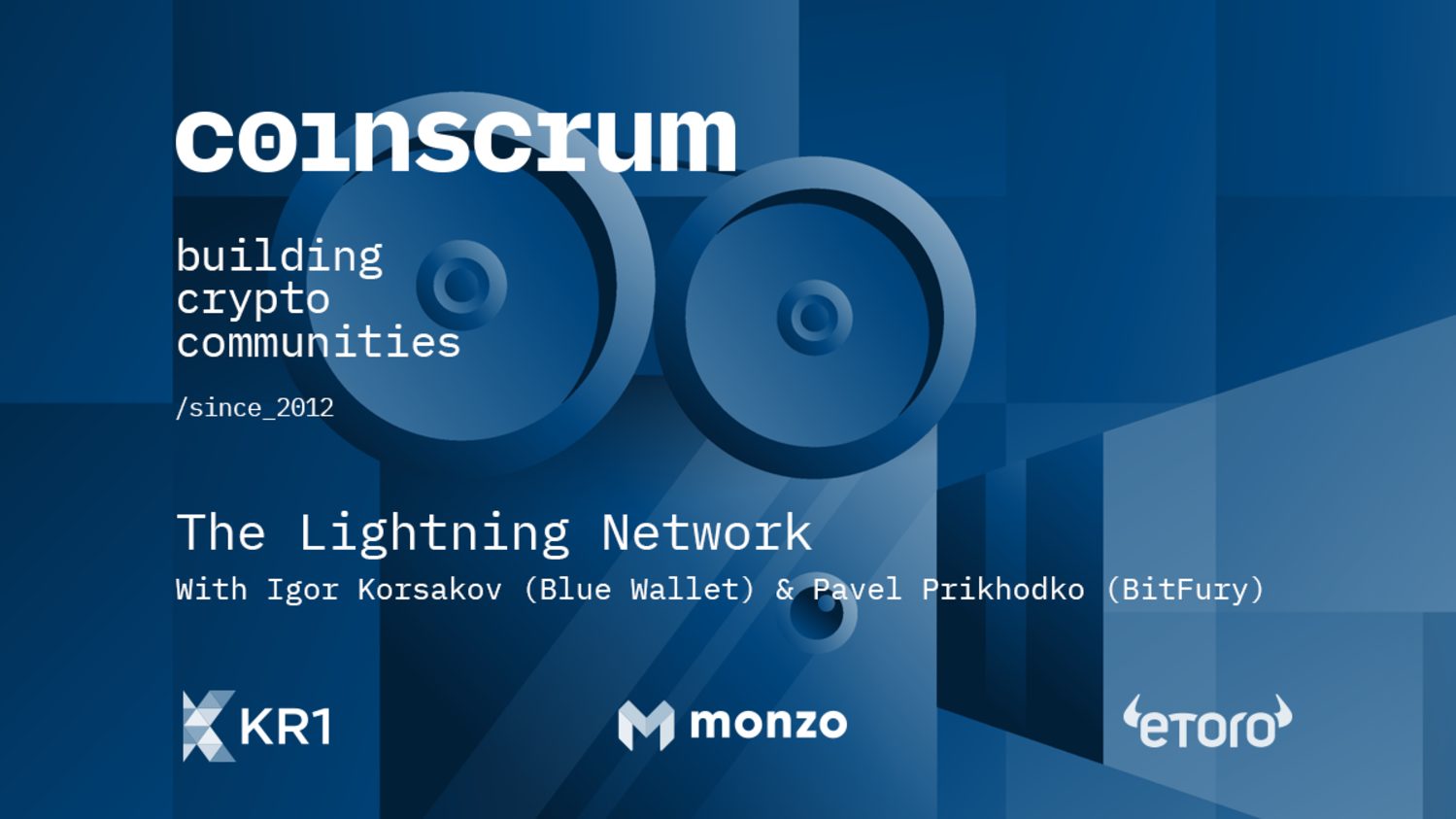 Way back in January 2016, when the ICO acronym uniquely stood for the Information Commissioner's Office, Joseph Poon & Thaddeus Dryja published a paper that proposed a second-layer scaling solution for Bitcoin that would simply utilise Bitcoin's existing restrictive, yet robust, scripting language.

During the next 2-3 years, when billions of dollars were being both raised and erased in relatively equal measures, a bunch of people quietly got on with building The Lightning Network - with total funding to do so measured in the low millions.

Version 1.0 of this highly anticipated project, whilst not without many issues still TBD'd, is now live and (mostly) well.

So, with much pleasure, Coinscrum welcomes some of these early innovators to our stage to provide a heads-up regarding how it works now, what challenges remain and what their experiences have been so far.