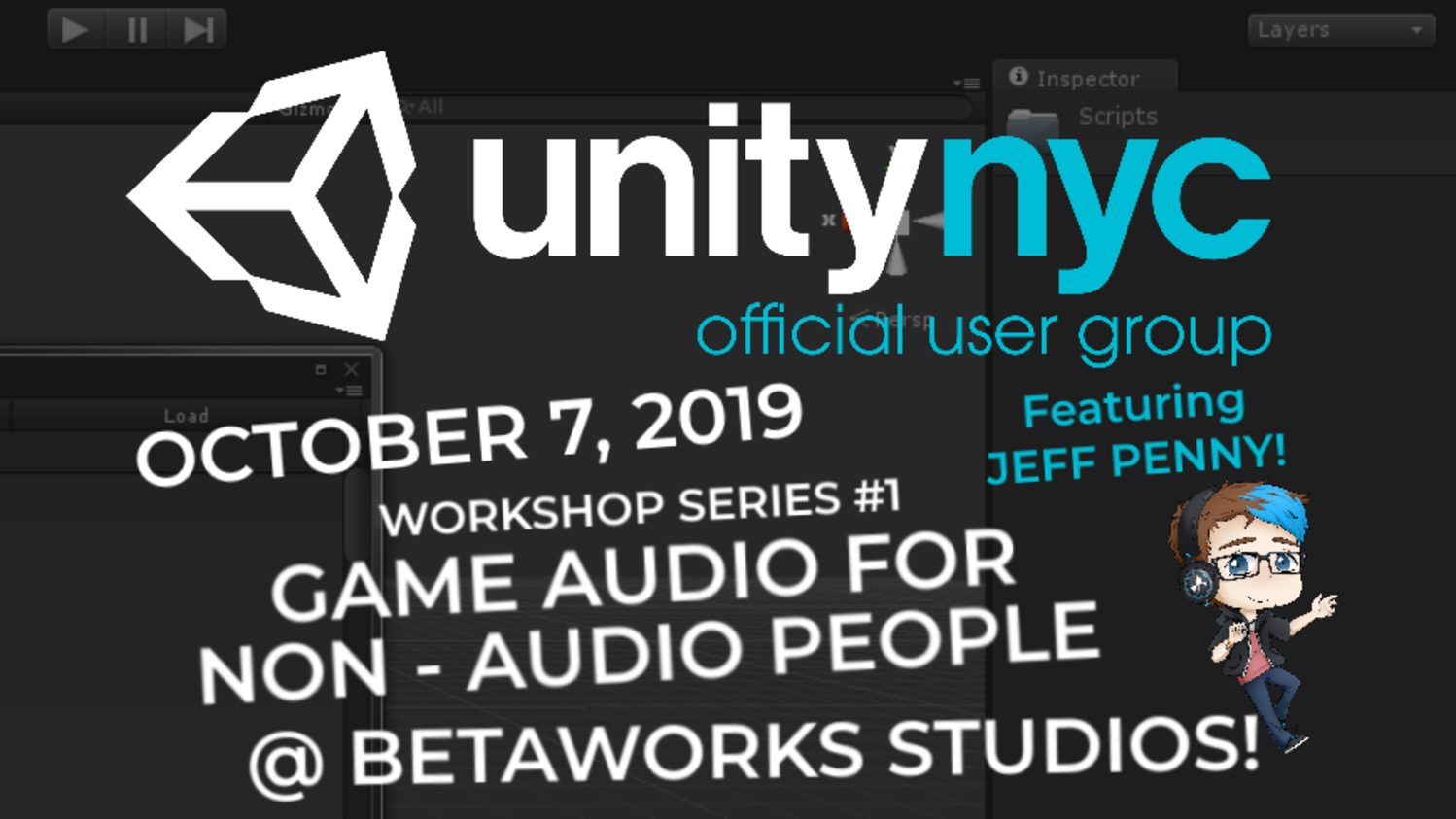 After a pause in September, your local Unity Usergroup will be kicking off a new informal, short, high-impact workshop series, starting with the audience-approved "Audio for Non-Audio People", a demographic which includes all of your co-organizers.

Local game audio professional and certified community member Jeff Penny will serve as our first instructor, and Betaworks Studios has agreed to host us, which we're absolutely thrilled about.

As for details on the talk, check out Jeff's blurb below:

The audio of a game is something that can leave an impact on the player long after they have finished playing. It can make or break a player's immersion in a fictional world. Game audio can also be an aid in gameplay, directing the player in a certain direction or giving direct feedback on their playing.

While the quality of those sounds certainly has a lot to do with it, just dragging nice-sounding files into your game engine is only a small piece of a successful sonic experience. Whether you are a fledgling game audio professional, or just a game developer looking to better understand how audio works in your game, come learn some basic considerations that you can take to improve the audio in your project.

Jeff Penny is a game audio professional from New York who holds a degree in Music Composition for Film, TV and Games from Berklee College of Music. He has been a part of numerous game projects from tiny student projects and game jams, all the way up through AAA. He has given talks on game audio in the past as well as teaches lessons privately.