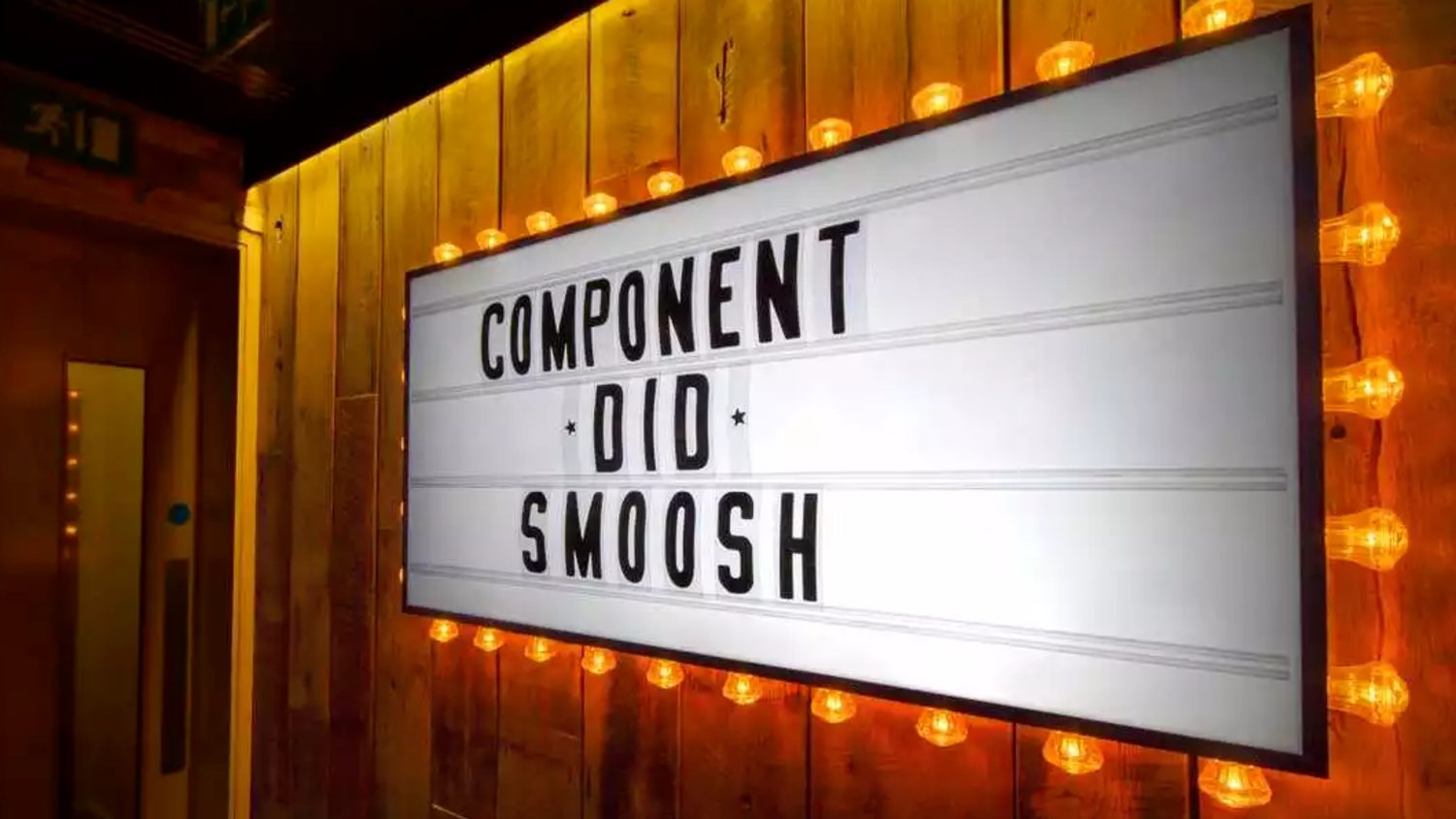 After a sold-out show in Berlin, SMOOSH is back at TicketMaster in London with our next iteration of a JavaScript comedy night, bringing some of the greatest experts of developer humour on stage to make you laugh and cry.

It's a meetup. It's a standup. It's a musical. It's a play. You can even get on stage and battle in an epic game of BattleDecks.

The night will be unforgettable, no matter how hard you'll try to forget it.

Unlike the rest of us, Joe is a real comedian with an Edinburgh Fringe show and everything. But he's also a React engineer, and he's putting together a new show of his greatest hits and material you've never seen before!