Senior React Developer contract role - Day rate $1200-$1400 - New York or East Coast based, once a month in New York Offices - 6 to 12 month contract The Explore Group have partnered up with a global fintech business working on an exciting greenfield project to build and design a brand new... 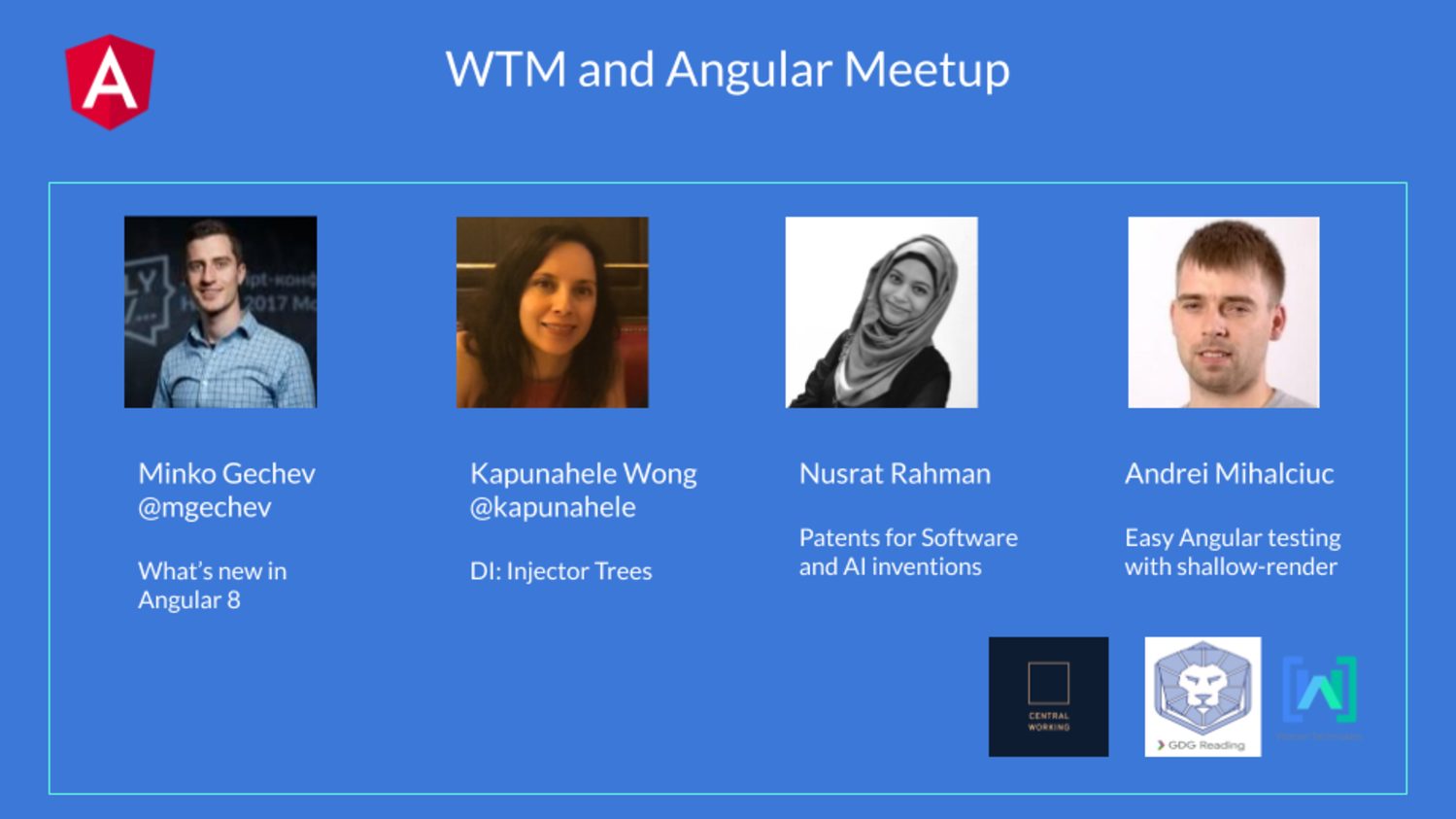 We're super excited to invite you to our next WTM and Angular meetup.

We have a great lineup of talks for you. We have the privilege of hearing from Minko Gechev and Kapunahele Wong who will present via Hangout as well as two great talks from our local community members!

Minko is an engineer in the Angular team at Google. He loves to experiment with abstract theoretical computer science concepts transform them into robust industrial solutions. Minko’s working on compilers, tools for static code analysis, and machine learning. Some of his projects are the book “Switching to Angular”, Guess.js, codelyzer, the official Angular style guide, the Go linter revive, and many others.

Nusrat Rahman
---------------------
Nusrat is a Part-Qualified Patent Attorney at Venner Shipley LLP. After completing her studies in Electronic Engineering in 2012, Nusrat worked as an in-house Patent Engineer in a company based in Hong Kong. In 2018, she started her formal training as the UK and European Patent Attorney. She has extensive experience drafting and prosecuting US, UK, and European patent applications for a wide range of technologies in the field of electronics.